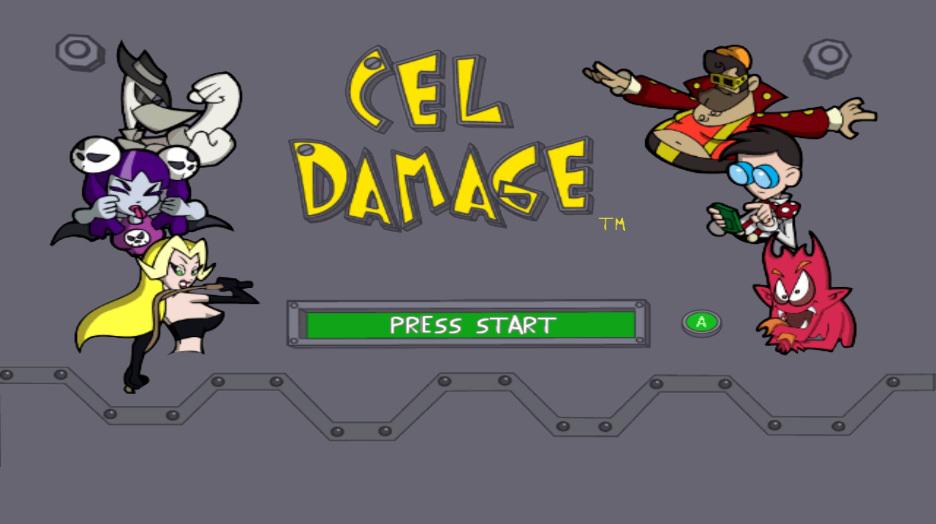 Three days ago Microsoft celebrated the birthday of the original Xbox: Nov 15, 2001. When I saw this come across my feeds and mentioned in a couple of podcasts I realized that wow, it’s been 15 years since I released my first game.

Cel Damage was released at launch day. It wasn’t universally praised (I still remember American McGee telling me at the  Games Development Conference that my ‘Game was too damn hard!’), sales, as I remember, were middling, and the type of content I created for the game is nothing like what I would go on to make at BioWare, and nowhere near where I my career aspirations were. Yet I am still very proud of that game. There were only a handful of us, most without video game experience, embarking on a new generation of consoles. I think we did an amazing thing, even though it’s very dated and very much a product of its time.  Also, working for years on art in video games  made me realize that I didn’t want to make art, and it put me on the slow path to writing full time, through creating narrative critical path levels at BioWare. Working on Cel Damage also established a lot of friendships I still have today and while it wasn’t the best place to work towards the end, it did show me what a studio could be like in the early days. Something I’ve yet to see recaptured at any studio I’ve worked at, or know of.

Aside from this revelation, things are starting to heat up. As we barrel towards Christmas I realize that I actually have a lot (too much?) on my plate, and my work goals and life responsibilities will make it difficult for me to post as frequently. I’m aiming to be done a significant amount of the second draft in the next few months and I have to start (and finish) a new short story for a project with my fellow Edmonton Writers. I also have some side projects ideas I’d like to pursue but I’d like as my desk as clear as possible if I pursue that. And then there’s the 2017 year of Short-story contests and submissions that will appear at my doorstep like 13 dwarves over the next year.

Because of this, the short story I mentioned last time has been put into the cryogenic freezer. I wrote 9 drafts in the hopes to get it sent to a contest for Crave Magazine, but it wasn’t clicking and it felt lackluster, without a voice and without much to say. I have too many other things I have to work on to keep beating my head against the wall with this. I’ll take one last stab at it next year before I decide whether it’s good enough to go out, or going into the garbage bin.

The second draft of the book is going slow, but consistently well – which is good I guess. I’m using a workflow that, I believe, is a bit different but is more in kind with how I’ve revised various other things in the past: looking at the original and shaving away and reshaping things into a new draft to be looked at, typing everything from scratch. I find that this allows me to find the voice better (and it has), to be more critical about what I wrote (I am) and be better about staying on target with story and bringing in new ideas regarding themes (well…we’ll see). It also allows me to re-assess, as I write, whether the critical cuts I chose to make (like removing a major character) still work.

So far this process is working, but my usual 10-15 pages a day of writing is slowed to, for now, a less than ideal 4-7. I’m not sure if it will increase, but my main concern is quality and getting as close to the final version as possible.

And finally the new short story for a ‘thing’ I’m working on with the writers at my writers group is going to be due soon. This shouldn’t have, but it has, crept up on me and so I’ve had to do a full re-assessment of my personal schedule, juggling all these projects with the responsibilities as the stay-at-home dad.

God I love me some Richard Ford.

Be well until next we speak,

(EDIT: Realized I had the wrong image so I’ve replaced it with the Start Screen from Cel Damage)