To be honest it has been difficult trying to concentrate on writing a journal at this time of year when I’m working on getting short stories done for contests and battling a constant desire – nay, NEED – to be working on my novel.

But there are a few things I’ve been thinking about, a few achievements I’m proud of, and a few hiccups that I should address here.

I mentioned above that this time of year is full of contests. I like contests because they provide a necessary deadline to work towards. Of course the return of investment (as contests cost money) is low. But as I say, I use them as a way to get stories done, and done to a date.
I’ve finished a story for the CBC contest. A story that I’ve been working on for many months and in the end, even though it’s quite different from the original outline, I’m quite proud of it. I’m also working on the 8th draft of a new story for another contest but unfortunately … it’s not there. It needs a bit more work, and so I’ve put it aside to let it rest and let my brain work it out.

On Writing my Book

And so, I’ve moved onto the book and I swear that even though it’s been six months since I finished the first draft, it’s like no time has passed at all. Characters are fresh.  Thoughts and plans I had still seem appropriate and I easily slipped into my 10 pages of editing a day. And I think next week it will be easy to double that.

But this being said, I’ve had bad moments of initiative over the last month. And I’m not writing this as a way to invoke sympathy but because I know that every writer goes through this. Especially those of us who have started this career late. “Why am I doing this?”, “What’s the point?”, “Boy I miss a regular cheque” are all things that go through your mind – though those of you in the states are probably calling it ‘check.’
The key is to work through it. The answer is to do what you, as a full time, part time, hobby writer is to pick that schedule of writing, sit down in that seat and write. Five words? A thousand words? Doesn’t matter. If you don’t keep up the routine, you won’t work through that initiative.
I did that, even as recent as yesterday when… 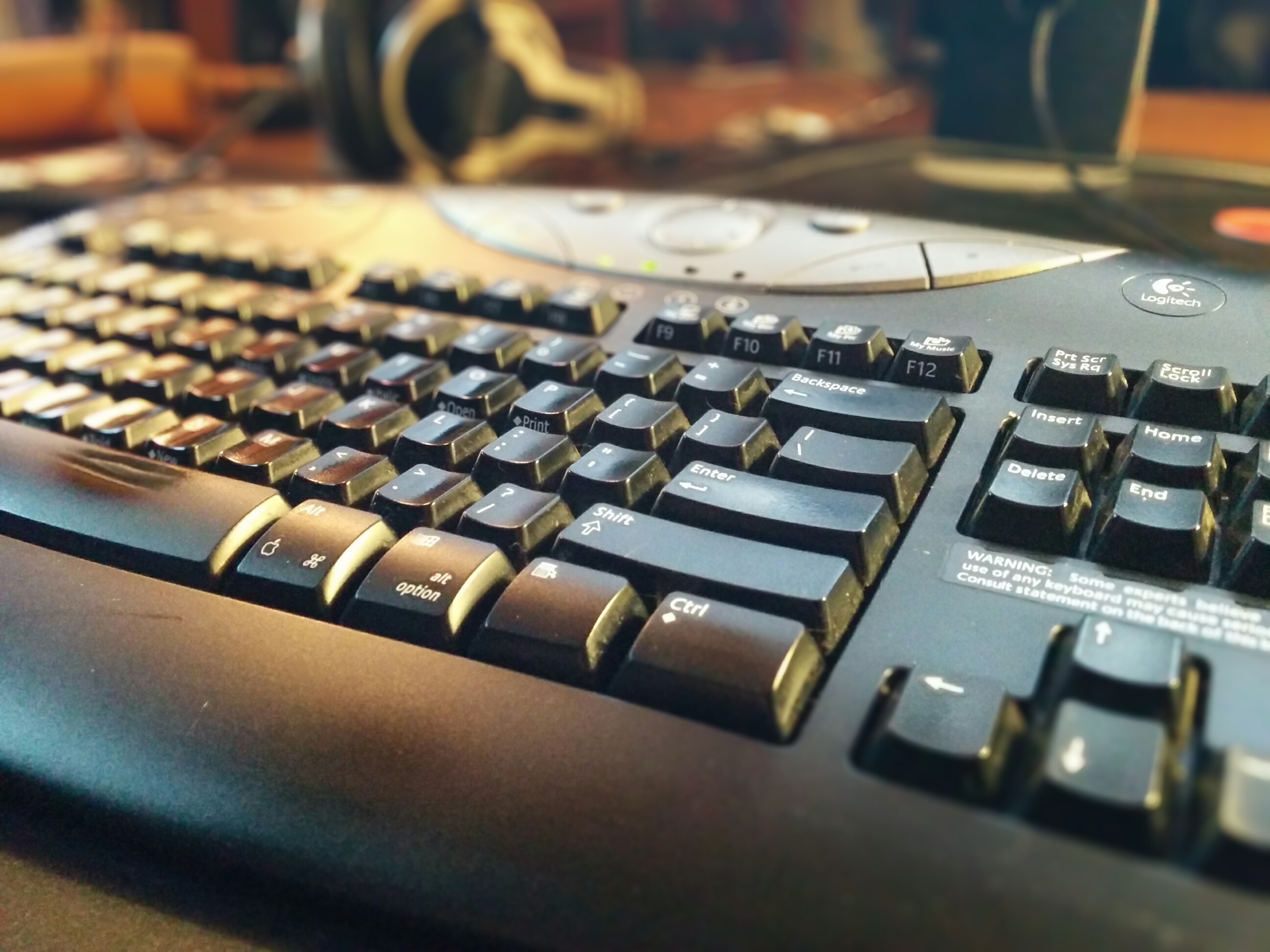 Or that is, it did. Coffee pooled over and under it, under my deskpad, into my oak desk drawers. It was a mess.
I’ve managed to take it apart and dry it and today the only nagging issue has been the Shift key – I’ll hope that that too will repair itself and I’ll get another 15 years out of this baby.

Update: As I was about to post this I have managed to fix the shift key! Turned out the little spring used had popped off. Yay! The keyboard lives!